3 More Back to School Campaigns We Loved

This year’s “Back to School” season means big business for retailers, but also poses a challenge to top last year’s numbers. 2014 will see only a small, 5% increase from last year’s average per-family spend – due in part to fewer students per average household. While overall Back to School spending is expected to be slightly up this year, parents themselves expect to spend 13% less than they did a year ago. How did retailers and brands fight for their share of revenue? Display advertising, social media campaigns, mobile advertising, and television all played big part in their efforts.

While most people associate “back to school” with high school audiences, there’s also a large share of advertising dollars spent to target those heading off to college. According to The National Retail Federation, college students and their parents will spend an average of $916.48 in 2014, compared to $836.83 last year. Compare that to the forecast for parents of kids grades K through 12, which comes in at $669.28.

Families with children in this younger age bracket will spend the most on electronics or computer-related items ($346.46 per spending family), which exceeds the amount spent on clothing and accessories ($249.20). School supplies such as folders, notebooks, pens, pencils, backpacks and lunchboxes will account for just over $100 per spending family.

With a large number of brands and retailers fighting for moms’ attention, which campaigns stood the best chance at standing out from the rest? We’ve put together a list of three favorite Back to School campaigns that best leveraged areas such as overall reach, social media impact, general “buzz”, and beyond. Which caught your attention this year?

Ziplock®: With their straight-to-the-point tagline of "Back to School Needs Ziploc®", this trusted brand has highlighted how their product can be useful during the hectic Back to School season. From lunchtime to locker organization, their campaign successfully highlights all the ways Ziploc products come to the rescue as kids head back to school. Moms will love their focus on both school and home, with creative ways to incorporate products. We loved this recent TV spot in which a mom envisions the chaos that would ensue without her reliable Ziploc® bags:

Target: Even though they made last year’s list, we couldn’t leave this mom-approved retailer out. Last year saw a ramped up video effort, among others, while this year focuses on giving back. They’ve launched a cause-marketing campaign to kick off the season, as well as increased awareness of their in-house Up & Up brand. This campaign successfully connects with moms on an emotional level, as it seeks to reach consumers via social media, TV, and print ads. In the retailer’s first-ever cause campaign for Back to School, it gave one Up & Up brand school-supply product to a student in need for each Up & Up school supply purchased in mid-July through early August. They reached their goal of $25 million in donated supplies, and made many students in need (and their moms) have a better Back to School season.

Toms: This shoe and apparel brand’s “one for one” structure appeals to moms on the same level as the previously mentioned Target campaign, but year-round. To leverage the Back to School season, Toms focused on social media through a Pinterest campaign. In it, they encourage fans to repin favorite apparel trends (including Toms’ products) to enter for a chance to win a $500 gift card. They were able to connect to social media-savvy consumers while promoting products for students’ wardrobe refresh for the new school year. They also leveraged their Instagram account to promote this Pinterest campaign – a great example of cross-channel promotion. 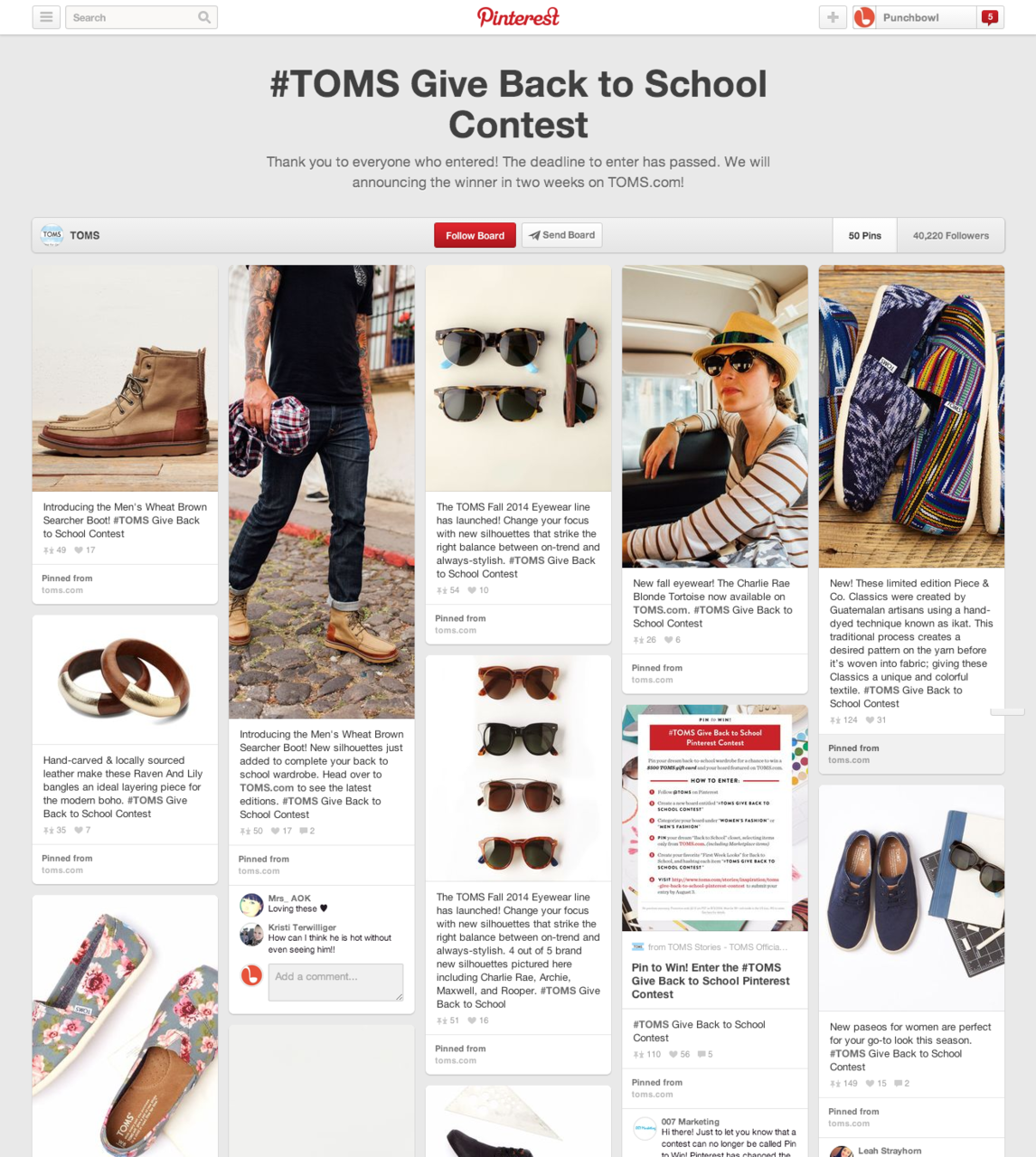 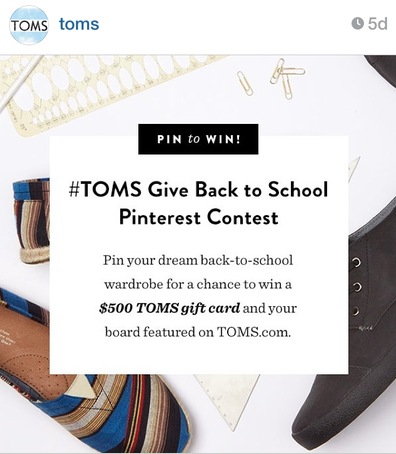 The Back to School season is a short window of opportunity for brands, but it serves as a profitable few weeks before the holiday season kicks off. Through strong campaigns and targeted messaging, brands are able to engage the Back to School audience, largely made up of moms. To learn more about how to create content aimed at moms (for social media, video, advertising, and more), download our free white paper.