Crowdsourcing Their Way to an Advertising Win

The term 'Super Bowl' is as equally synonymous with advertising as it is with football. And everyone’s watching the ads, especially women. In past years, 51 million women watched the Super Bowl and 46% of them watched specifically for the ads. Not the football. In 2013, a 30-second spot during the game runs for a whopping $3.8 million. That’s a lot of coin.

Some brands, an increasing number actually, spend those dollars on advertising known as crowdsourcing. According to CBS News, crowdsourcing is:

… to tap into the collective intelligence of the public at large to complete business-related tasks that a company would normally either perform itself or outsource to a third-party provider.

For advertisers, it means relying on the customer base to fulfill the major content needs for the ad. This concept has been around for years, especially with the Super Bowl. Doritos is running its 7th “Crash the Super Bowl” campaign in which the brand asked consumers to create a 30 second commercial and send it in. The wonkier, the better. (One of my favorites featured this flying pug.) Right now, they're down to 5 finalists and two of those will make it to the air during the Super Bowl. One is chosen by the masses and one by the brains behind the campaign at Doritos. 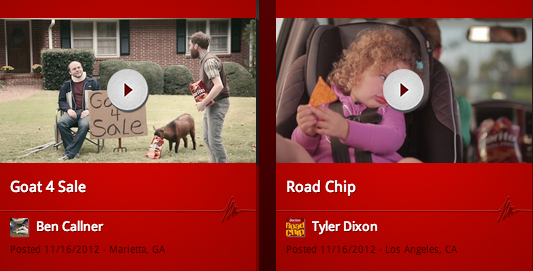 The talk of the ad town for Super Bowl XLVII is Pepsi’s crowdsourcing campaign featuring Beyonce, who will be singing at the halftime show. The gist of the campaign is this: Pepsi announced a pose of the day, fans took photos of themselves in that pose, and they submitted the photos to Pepsi. Winners will be used in a video that introduces Beyonce at halftime. Some 50 extra lucky winners will find themselves on the field in New Orleans this Sunday. 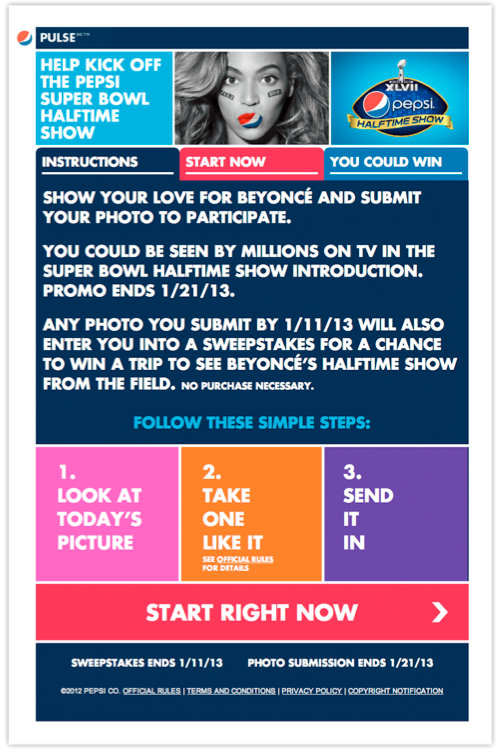 So why the hype around crowdsourcing? Brands, especially those with a large following like Doritos and Pepsi, use crowdsourcing as a way to gather rich, relevant content while simultaneously engaging consumers in a conversation on the brand. It’s not to say crowdsourcing is without its downfalls (such as negative or poor quality content, or a lack of purpose), but here’s three things crowdsourcing offers that traditional content marketing does not:

We’ll have to tune in on Sunday to see if Pepsi and Doritos’ crowdsourcing efforts earn the stamp of approval from the Super Bowl’s 100 million-plus viewers. In the meantime, check out more content marketing strategies in the white paper, How Brands Can Create Fabulous Content.