Where to Watch July 4th Fireworks

July 4th is one of the most popular summer holidays and everyone knows that it means cookouts, parades, and lots of red, white, and blue. Of course there is nothing quite like the awe-inspiring fireworks displays that finish off the night! 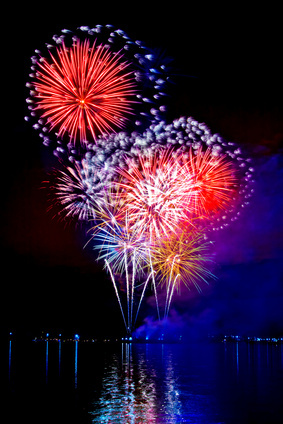 If you want to see live fireworks for yourself this Fourth of July, here are some popular places where you can catch the fireworks:

Of course, there are fireworks displays planned for towns big and small across the country. Check your local newspaper or listen to the news to find out when you can catch the fireworks in your area. Once you know the schedule, invite friends to join you! Bring chairs, blankets, sparklers and snacks and make it a night to remember!