Rev Up Planning for Your Indy 500 Party

The Indianapolis 500 is the perfect excuse to throw a party! Since the event is all about the big race, don't spend time thinking about activities or all the little decor details. Focus on what's really important, the food! Since the weather will be warming up and people will be itching for some BBQ, Indy 500 menu ideas include doing a bunch of meat on the grill or catering with a food truck that specializes in Southern cuisine. 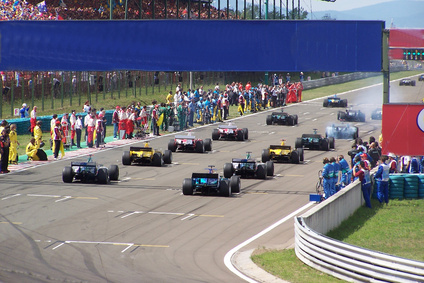 Here are some creative and delicious Indianapolis 500 party ideas for what to serve guests so they'll be talking about what they ate as much as who won the race!

Indy 500 party ideas don't end with just the food. Make sure you have plenty of beverages for everyone to choose from. Set up a wet bar and bottled water, soda, a variety of juices, lemonade, and coffee or tea to complement dessert. Get ready to rev your engines and watch the excitement begin!