Throw a Hanukkah party, learn how to play dreidel, and enjoy the fun during the Festival of Lights. The dreidel is a four-sided spinning top with Hebrew letters on each side—gimel, shin, hey, and nun. The letters stand for Hebrew words that translate into the English language. Select dreidels in all shapes, sizes, and colors, and use them both for the dreidel games and as Hanukkah decorations. 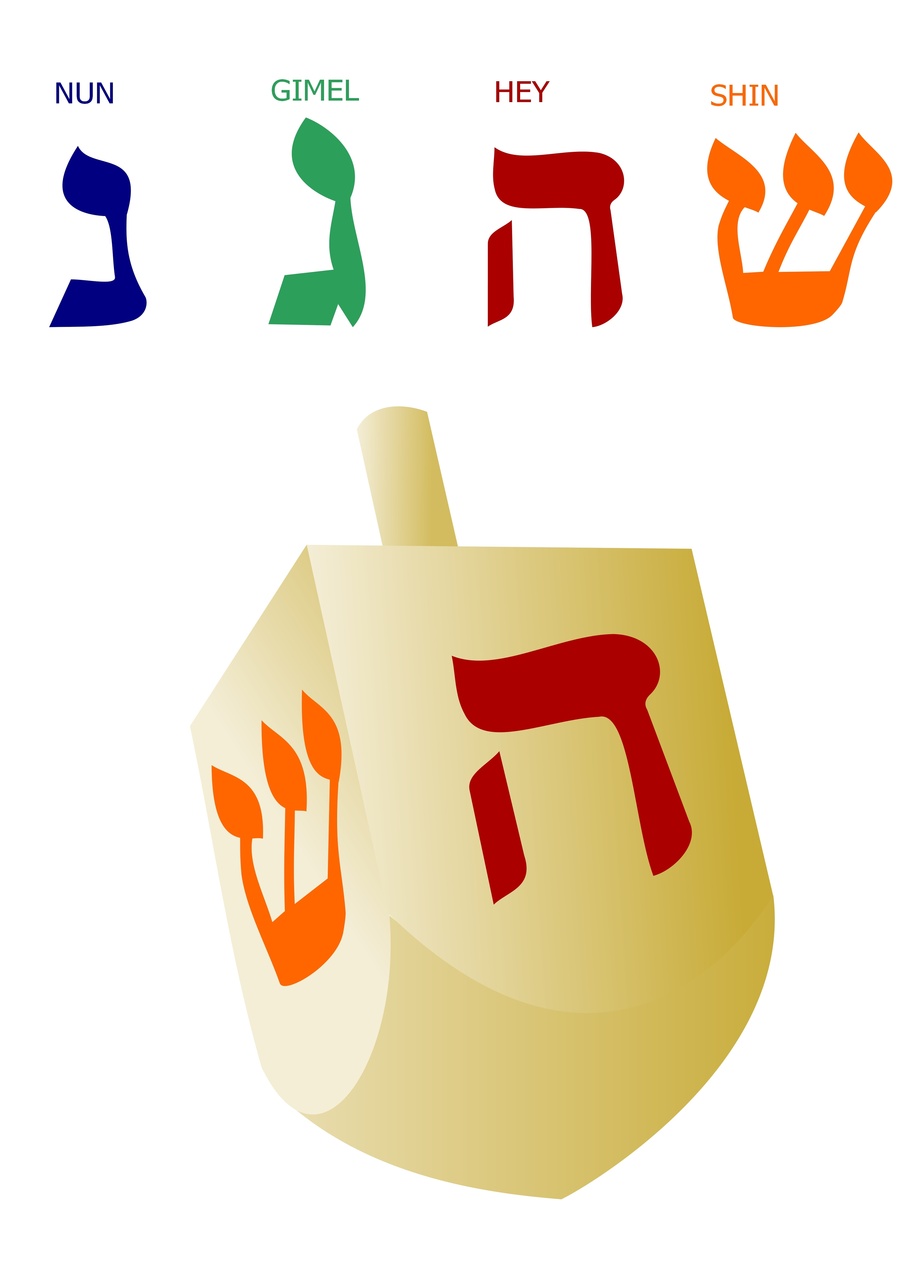 Before you start the dreidel game, make sure each player has an equal amount of playing pieces. Traditionally, these are chocolate coins (Hanukkah gelt), but you can play with any small objects.

The players each contribute one item from their pile to the center of the pot before each spin.

Allow each player to take a turn and spin the dreidel. Pay attention to the letter on the dreidel after the spin and take action based on the outcome.

The game ends when one player has all the candy or playing pieces.

Make the game extra festive and sing the dreidel song as you play!