With all of this talk about Cinco de Mayo and Mexican fiestas, you may be wondering where exactly it all began and how people celebrate Cinco de Mayo today. Here is a brief outline of Cinco de Mayo history and the traditions that take place on this day around the world. 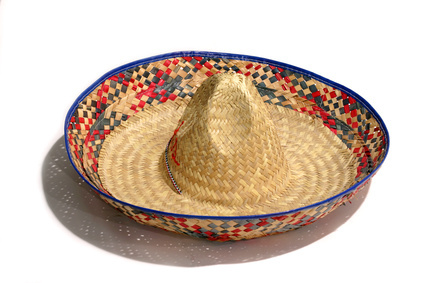 What is Cinco de Mayo?

Cinco de Mayo is a Mexican holiday full of rich history and Mexican pride. This day commemorates the Mexican Army’s astonishing triumph over the French that took place on May 5, 1862. The Mexican Army was greatly outnumbered by the French, who had also not lost a battle in over fifty years!

In hopes of slowing the French’s advancement toward Mexico City, General Ignacio Zaragoza and his troops attacked the French Army in the small village of Puebla. This attack resulted in the unlikely victory for the Mexican Army. On September 16, 1862, President Juarez declared that the date of the Battle of Puebla would be made an annual holiday. Hence, Cinco de Mayo became a popular holiday in Mexico and in areas where there is a large Mexican population.

There are various Cinco de Mayo traditions that are celebrated around the world. In Mexico, most of the Cinco de Mayo celebrations that take place occur in the town of Puebla (where the battle took place). There are large parades that feature people dressed up as Mexican and French soldiers. Vendors sell traditional Mexican foods as well as patriotic clothing and accessories for people to wear during the celebration. There is also sometimes a reenactment of the Mexican’s victory over the French troops that takes place in Puebla for visitors and residents to attend.

In the United States and some parts of Canada, people often host Cinco de Mayo parties with their friends and family. The colors of the Mexican flag (red, white, and green) often appear in costumes and party decorations. People decorate for Cinco de Mayo with balloons, streamers, and flowers. Mariachi bands or other Mexican folk music is also played at these celebrations and there is often traditional Mexican dancing. Another common Cinco de Mayo tradition that takes place is a feast of traditional Mexican dishes such as tacos, enchiladas, and salsa and tortilla chips.

Other parts of the world also have their own Cinco de Mayo traditions, though they are not as notable as the traditions in Mexico and the United States. In Vancouver, Canada there is an annual skydiving event and in the Cayman Islands there is an air guitar competition that takes each year on May 5. Furthermore, residents of the island of Malta in the Mediterrranean Sea are encouraged to drink Mexican beer on Cinco de Mayo.

Celebrate this commemorative holiday with friends and family. You can get started on your party planning with free online invitations. Choose your favorite Cinco de Mayo invitation, and prepare for a spirited celebration.