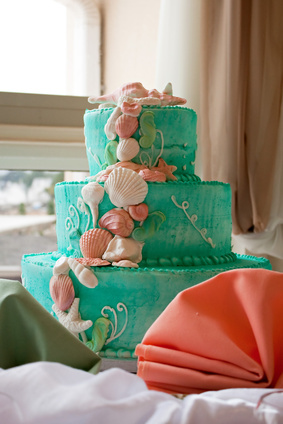 Make the cake unique and personal by choosing special flavors, colors, decorations and toppers. Here are a few 50th anniversary cake ideas to get you started:

The ideas above are simply a few starting points. Don’t feel pressured to order a big cake, especially if you’re having a small party. Individual cakes, cupcakes or other smaller desserts can also be delicious endings to fantastic parties. No matter what you choose to serve, the dessert is sure to be a hit.